The Western Hoffman Estates area is designated as an enterprise zone with the State of Illinois through December 31, 2035.

The purpose of the Enterprise Zone is to stimulate business and industrial growth of an area through tax incentives and local planning.  A complete list of the incentives can be found here, but the incentive which would apply to all construction projects, new or remodel, is a sales tax exemption of building materials purchased in Illinois.

Businesses looking to construct in the zone could also receive exemptions on utility taxes along with possible investment tax credits.

Contact Kevin Kramer with any questions regarding the Hoffman Estates Enterprise Zone. 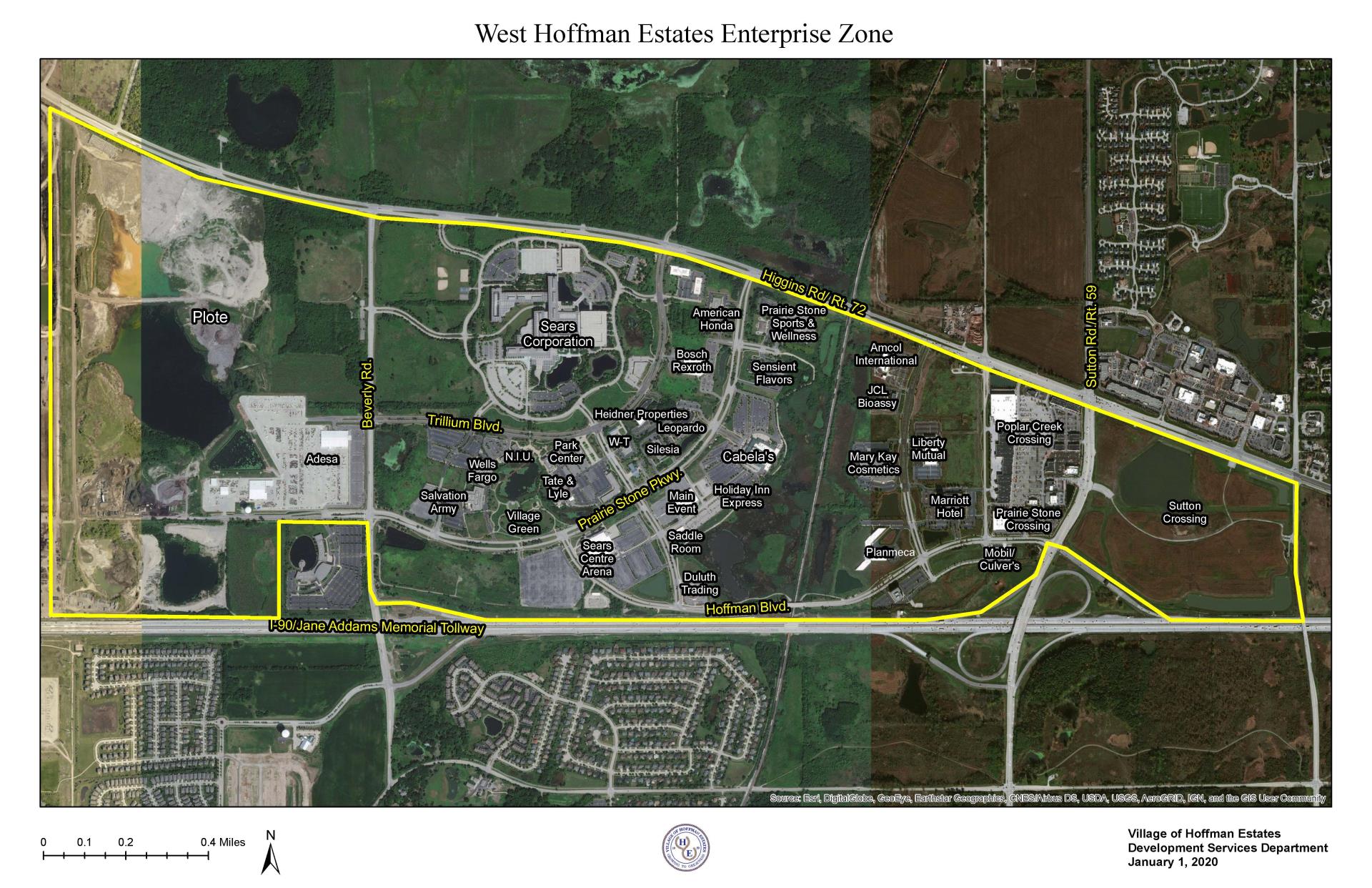 On Friday December 16, 2011, Governor Quinn signed SB397 into law as Public Act 97-0636. This law, amongst other things, extends the Economic Development Area (EDA) and provides tax credits to Sears Holdings Corporation which will ensure that Sears Holdings Corporation remains in the Prairie Stone Business Park, in Hoffman Estates. Sears employs 6,200 individuals at the Hoffman Estates location and 16,000 throughout the State of Illinois.

State Representative Fred Crespo stated, “Thanks to the leadership of Mayor McLeod and the Village of Hoffman Estates, we were able to keep Sears in Hoffman Estates and preserve over 6,000 jobs.”

In 1989, an Economic Development Area (EDA) Tax Increment Allocation Act was passed as an incentive to keep Sears, Roebuck and Co. in the state of Illinois and move its headquarters to Hoffman Estates instead of relocating to North Carolina. The EDA Act gave incentives to Sears in exchange for its contractual promise to keep 2,000 jobs in Illinois until 2012 when those provisions expired.

On the whole, Sears directly employs over 6,000 employees, and spurs an additional 9,000 ancillary jobs with nearby businesses, vendors and contractors. Besides the overwhelming loss of approximately 15,000 jobs, there would be a loss of millions in tax revenue, and a $2+ billion cumulative negative impact to the overall state economy.

The Village's Comprehensive Annual Financial Report (CAFR) is a complete report of the Village's financial position as of the end of each fiscal year. Every Village fund is included in this report. Readers should utilize the table of contents to more easily navigate through the document.